Most of my work from the past several years has been professional stuff, but I’ve recently started working on games again in my spare time. Until I finish some new stuff, check out my older stuff below. 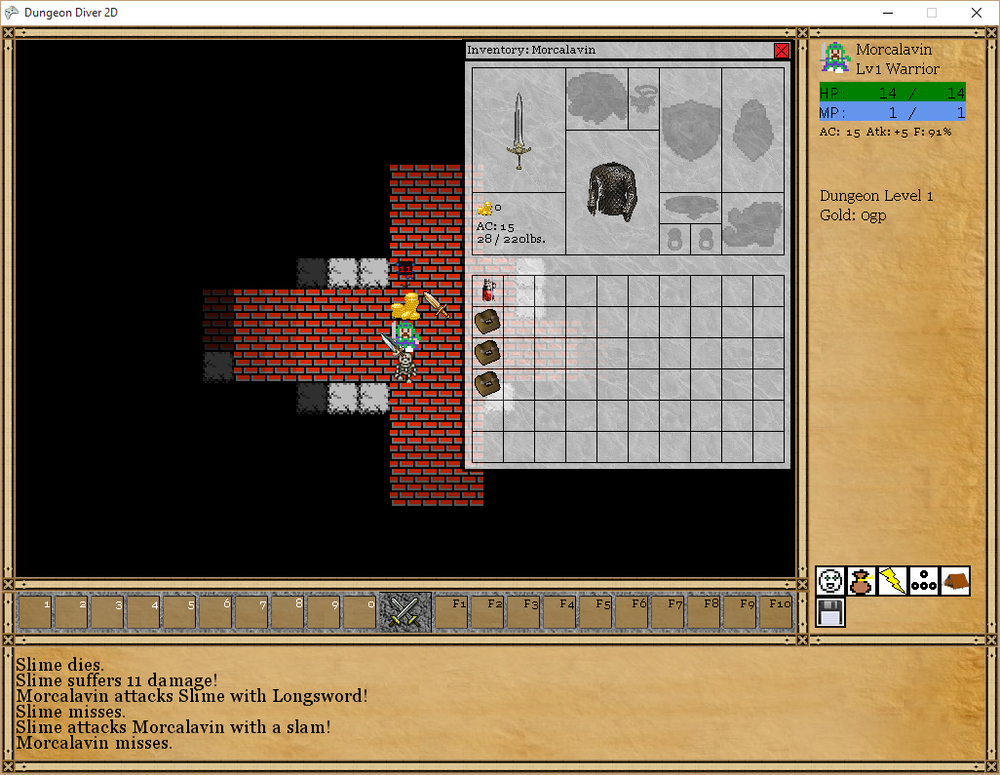 So many "borrowed" assets!

A 2D roguelike RPG inspired by Ultima, Diablo, and Dragon Quest (obviously). Dungeon Diver 2D was one of my first attempts at using the XNA Framework (RIP) to create a game. It originated long ago as a Windows Forms application as an assignment for a college class and evolved from there. It’s obviously full of assets from other games (you can see my poor attempts at art here and there; there’s a reason the term “programmer art” was coined), and as such I must say: this game and its source code are here for educational purposes only!

Links removed as of Feb. 2017: I picked up this game recently to begin working on a new version of it. 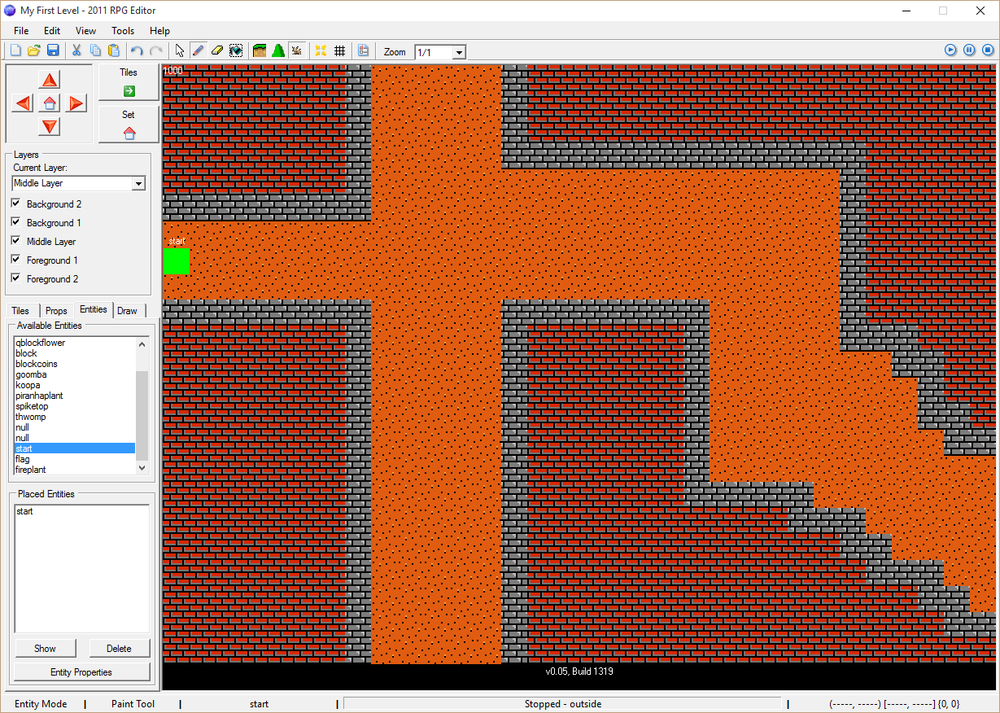 A tile-based level editor for various 2D games. I wrote Animal Editor back in 2007 as a basic tool to construct levels for an action-platformer game I had in the works at the time. The core renderer was in native C++ (built atop a now-defunct framework called Haaf’s Game Engine) and the UI was built entirely in C++/CLI. This was one of my first larger projects, written just after I finished High School.