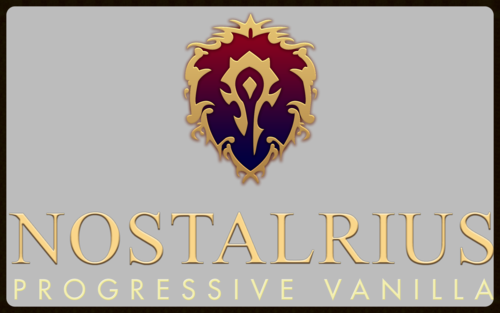 By now you’ve probably heard that Blizzard recently forced a World of Warcraft private server, Nostalrius, to shut down via cease and desist. Nostalrius was very popular, attributable mostly to it being fairly well-scripted and 100% “blizz-like” (meaning it pretended to operate just like the official World of Warcraft servers would have operated back in 2006). As a result of its popularity, the shutdown of this private server has generated a tempest of controversy on the Internet—what doesn’t, these days?—and a voice has started crying out louder than ever for Blizzard to provide official Legacy/Classic servers for World of Warcraft. It’s clear that there is a non-trivial segment of the WoW player base that craves a Legacy server. I am among that crowd.

But Blizzard remains silent. Despite being well within their legal rights to force the operators of Nostalrius to cease and desist, the amount of negative PR and fan backlash generated by this move is quite large—larger, I assume, than they expected. Yet there has been no official statement by the company addressing it one way or another. As far as I am aware, there haven’t even been any unofficial statements on social media (e.g. on Twitter).

To anyone that has followed Blizzard over the past couple of decades, their silence is probably no surprise. Communication has never been their strong suit; this is an issue they have been supposedly working to correct for the past few years. In fact, when it comes to Legacy servers especially, Blizzard has said very little at all. The only real example I could find is the famous video of a Blizzcon Q&A session, where a guy asks about it and receives—in my opinion—a very passive-aggressive answer. Even the longer version (starts at around 30 minutes in), where he goes on to discuss the drawbacks of old WoW, comes off as dismissive and almost reductive.

We all know that old World of Warcraft had a ton of problems. Class/spec balance was all sorts of screwed-up, the leveling experience was a grind (to put it nicely), and PvP was horribly broken. The game had imperfections, and Blizzard must believe that the modern World of Warcraft is, in every way, an upgrade on the old one. However, something they are failing to consider is that many of us loved classic WoW in spite and, in some cases, because of those imperfections. Classic WoW is like a beloved, loyal dog that sometimes pees on the floor and tears up your shoes. It might be inconvenient, but it’s also kind of endearing.

The old World of Warcraft was a game that felt like it was made by MMO fans, for MMO fans. It had a clear designer’s touch to it (a concept I hope to cover in greater detail some time in the future). It felt like it was designed as it was because the designers wanted to play that game. To contrast, much of modern WoW feels strongly designed-by-committee. It feels like, in so many places, the designers said “what’s going to please the most people most of the time?”

The result of the dissatisfaction is obvious. Players had flocked to Nostalrius, and other private servers, in numbers that dwarfed many AAA MMO’s still operating today. The desire to play WoW as it once was is undeniable. In the aftermath of Nostalrius’ shutdown many people are making a strong effort to be clear: we are willing to pay. So why, then, is Blizzard not tapping into this market?

For one, I think Blizzard is afraid of Legacy servers. As a company, as a team, and as a juggernaut of the games industry, Blizzard is deathly afraid that legacy servers would be too popular. It would invalidate the hard work of hundreds of dedicated employees over years and years of continued development. It would announce to everyone that yes, they were right: Cataclysm/Mists of Pandaria/Warlords of Draenor did all lack something that the first three iterations of the game (Classic/Burning Crusade/Wrath of the Lich King) had—some intangible missing attribute that made the experience feel hollow when it should have felt epic.

Let’s take a step back from that accusation for a minute. Let’s assume that Blizzard isn’t afraid of Legacy servers, but instead would rather do them “right” as opposed to just slapping a server up and charging extra to play on it. They are probably concerned that the old software has no way of fitting into their current infrastructure. The security team likely knows about several exploitable flaws in the old client that have since been patched, so Blizzard would have to update the old code to, at a bare minimum, back-port the critical security fixes and infrastructure changes. Suddenly you’ve now got a fork of the WoW source that must continue to be supported, even if only at some minimal level, on top of the continued development of modern WoW. On top of that, it’s possible that they don’t even have the old code anymore. Maybe they could find an archive of their old server software, but what if their scripts (the in-game logic code) have only ever moved forward?

Hell, Blizzard being Blizzard, they would probably want to go the extra mile and simulate a staggered release of the expansions. Beginning with Burning Crusade after six months or so, they could unlock the expansions in order for six to eight months each. Eventually, they reset the server again and everyone starts fresh, at level 1, in Classic WoW. It’s kind of like how seasons work in Diablo 3, but phased over a much longer period of time. Setting it up like this would require a significant effort to create a hybrid version of the WoW client/server software that could work in this way.

These are all issues that a company with the vast resources and talent at Blizzard’s disposal could easily conquer. Each of them introduces a cost, however, both in up-front development and long-term maintenance. Combined with the fact that they very well may be afraid to see just how well the Legacy server would do… well, now you can see why they haven’t invested the resources. Would I like to see a Legacy server? Absolutely, especially if they took my “staggered expansion release” idea. Will we ever see one? Probably not, and that makes me a very sad Pandaren.